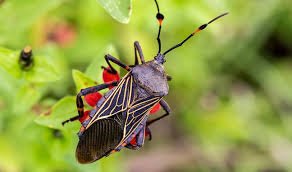 Professional Pest Control Services
The best way to reduce the risk of pest diseases is to enlist the help of a professional pest control
professional (exterminator).
With over 20 years of experience, Dynamic Pest Control provides a range of services and solutions to
both prevent and exterminate pests, which will reduce the potential for these pests to spread diseases in
your property.

Insect-borne diseases impose immense health and economic burdens on both individuals and nations.
Millions of people are affected directly by infections that cause debilitation, disfigurement, disabilities
such as blindness.
Disease transmission
Insect borne diseases can be transmitted actively or passively in two ways:
–Biologically: the disease-causing organism is carried within the animal body where it multiplies, breeds
or passes through a phase of its life cycle, before being delivered into a new host, usually by biting to
feed on blood. In a few cases the organism is released by the arthropod defecating on the person’s skin
or through the squashed bodies and rubbed into a bite or wound, or passed into the mouth, eyes or
nose by dirty hands.
–Mechanically: flies, cockroaches and beetles pick up the disease causing organisms by physical
contact with filth, waste and contaminated materials, or feeding on it. The organism is then transmitted
passively by faecal deposition, regurgitation, or carrying it on the outside of their bodies to surfaces and
food products in the human environment.

Insect: Assassin Bugs/ Kissing bugs/ Triatomine bug
Organism: protozoan: Trypanosoma cruzi
Chagas disease is also referred to as American trypanosomiasis. There are 150 species of the bug and
more than 100 species of mammal carry the protozoan parasite. It is classified by WHO as a neglected
tropical disease, with 8 million people infected.Both the adults and nymphs,male and female, are bloodfeeders and so search for human hosts to feed on, especially exposed areas such as the face. However,
they carry the parasite in their faeces which is deposited onto the skin after feeding. When a person
inadvertently wipes their contaminated skin this can carry the protozoan into the bite, other broken skin,
or the eyes and mouth. It can also be spread through blood transfusion, organ transplantation, and eating
food contaminated with the parasites.

Insects: Mosquitoes
Organism: Virus, Flavivirus
It has three patterns of transmission:
-Urban, transmitted by A aegypti, which breeds in fresh water in the human environment such as tin cans,
water drums, gutters, etc. This is the main mode of infection in Africa;
-Forest pattern, transmitted by mainly A. africanus, A. bromeliae, where monkeys are the primary host.
This is the main pattern in South America; and
-An intermediate or ‘savannah’ pattern, which has become more prominent in Africa recently.
Symptoms show 3-6 days after infection, including fever, headache, backache, general muscle pain,
nausea, and vomiting. About 15% of cases develop into an acute, toxic phase with jaundice due to liver
damage and haemorrhagic signs — bleeding in the mouth, eyes, nose, and gastrointestinal tract giving
‘black vomit’. This stage is fatal for 20% or more of patients.

Insect: House dust mites & Cockroaches.
Organism: none known (allergic response).
Asthma is not caused by an infectious organism but by an allergic reaction to particles shed by
organisms, mainly house dust mites and cockroaches. So it does not strictly come under vector-borne
disease.The main cause is house dust mites, which are arachnids less than one millimetre long that feed
mainly on human skin scales. Pollen, spores of microorganisms, fungal mycelia and bacteria have also
been found in the gut of house dust mites. They live in the small spaces provided by mattresses, carpets,
duvets, pillows and furniture materials, whether natural or synthetic, as both provide ideal shelter.

Insect: Blackfly
Organism: nematode worm, Onchocerca volvulus
The parasite causes itching of the skin, lymphadenitis (hanging groins), elephantiasis of the genitals,
serious visual impairment, and blindness.
The parasite has a complex lifecycle, only reproducing in humans and having several larval stages in the
blackfly. The female blackflies seek a blood meal after mating and if they feed on an infected human can
ingest the microfilariae stage from the blood. The microfilariae produce larvae, which have three stages,
the last of which migrates to the head and proboscis of the fly and can infect humans via the saliva on
biting.

As we humans take over and expand our activities into the remaining natural environment we come into
closer contact with more species of rodents and more diseases.Apart from rats and mice, other wellknown rodents that can carry diseases and come into human contact include prairie dogs, groundhogs,
ground squirrels, lemmings and voles. In fact, rodents are thought to be responsible for more deaths than
all the wars over the last 1,000 years.

Salmonellosis
Rodents can carry Salmonella bacteria that cause illness in both humans and pets. Infection occurs
by consumption of food or water contaminated with rodent faeces.
The most common source of infection is by food contaminated with the faeces of farm animals.Genetic
studies of Salmonella show that it is extremely complex and as a result has a complex classification.
There are two species recognised and many sub-species and sub-types, called serovars:Symptoms show
12 to 72 hours after infection and include:
-diarrhoea
-fever
-vomiting
-abdominal cramps

Leptospirosis
Leptospirosis is an infection caused by species of Leptospira bacteria. It is caught from the urine of
infected animals, which include rodents.
Humans can become infected by:
-Direct contact with urine or other animal body fluids (except saliva) of infected animals;
-Contact with soil, water or food contaminated with the urine of infected animals.
The bacteria live inside the animal’s kidneys and are passed out in urine. They can survive for weeks or
months in soil or water.
The bacteria do not only enter the body through the mouth, they can also enter through the skin,
especially if broken by a scratch or cut, and the mucus membranes of the eyes, nose and mouth.

Cockroaches are synonymous with filth and poor hygiene. Their feeding and nesting habits mean they
can accumulate a range of pathogenic organisms which they transmit to food and surfaces where they
feed and crawl.For businesses this can impact customer and staff health. In addition, for businesses
handling and processing food it could result in a breach of food safety laws.Transmission occurs
indirectly, from consumption or contact with items which have been contaminated by cockroaches.
Cockroaches can transmit the following diseases:
-Salmonellosis
-Typhoid Fever
-Cholera
-Dysentery
-Leprosy
-Plague
-Campylobacteriosis
-Listeriosis
Cockroaches can also trigger asthma and other allergies as well as spread E. coli, Staphylococcus
aureus and Streptococcus.

Flies can be a nuisance when buzzing around your premise, particularly if in large numbers. However,
some species of fly also pose health risks to humans. House flies transmit a wide range of diseases
including salmonella, dysentery, tuberculosis, cholera and parasitic worms. In India, there is a high risk of
disease transmission through flies. During emergency situations, when hygiene conditions are less than
optimal, flies often are the main reason for cholera and dysentery epidemics. But even under normal
conditions, children and elderly are at a greater risk of conducting more common diseases such as
salmonella food poisoning from fly contaminated food.
Flies spread diseases because of their breeding and feeding habits. Bacteria from where the fly usually
feed on would get stuck on their mouth parts and footpads eventually spreading onto places they land
on. Imagine if it’s exposed food that you are about to eat.